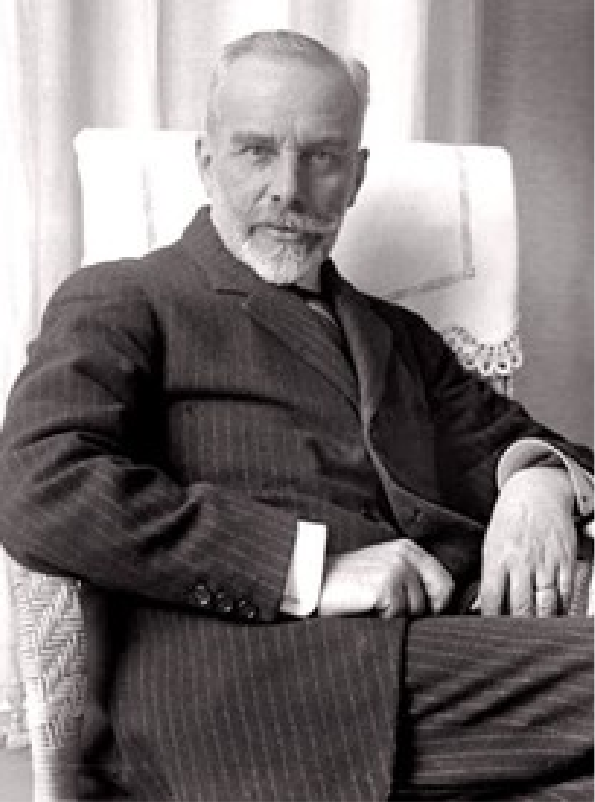 Enric Sagnier was born in Barcelona in 1858, son of Lluís Sagnier i Nadal, president of the Caja de Ahorros y Monte de Piedad of Barcelona and Clementina Villavecchia i Busquets. From a wealthy family, he had an artistic training, learning music - he was an excellent violin player - and painting - he had a great command of drawing and color. Thus, from a young age he moved in the most select environments of Barcelona's high society - his brother Joaquim was mayor of Barcelona (1913-1914) -. He studied high school at the prestigious Coll de Valldèmia boarding school, in Mataró, and a career in architecture at the Higher Technical School of Architecture in Barcelona, ​​obtaining the title on March 22, 1882.
During his studies he began to work for Francisco de Paula del Villar y Lozano, with whom he collaborated at the Monastery of Montserrat. From a young age he had notable professional success, receiving numerous commissions from the Catalan nobility and the Church - he had a special connection with the Salesians, for whom he developed numerous projects, including his masterpiece, the Expiatory Church of the Sacred Heart, in Tibidabo. -, and receiving numerous institutional appointments. In 1887 he married Dolors Vidal-Ribas i Torrents, with whom he had five children: Josep Maria, Manuel, Enric, Maria and Ignasi.
Due to the large number of works he executed during his professional career, he often collaborated with other architects, such as José Doménech y Estapá, Bonaventura Bassegoda i Amigó, Augusto Font Carreras, Francesc Folguera, Adolf Florensa, Pere Garcia Fària, Pere Benavent, etc. ., as well as his son Josep Maria Sagnier i Vidal, 2nd Marquis of Sagnier, who finished many of the works begun by his father. It also had the collaboration of numerous artists and craftsmen, such as Josep Maria Sert, Alexandre de Riquer, Josep Llimona, Eusebi Arnau, the forger Carles Torrebadell, the glassmaker Antoni Rigalt, the mosaicist Lluís Bru, the cabinetmaker Joan Busquets, etc.
With a calm and devoted personality, he dedicated his entire life to his career, receiving a large number of distinctions, such as the gold medal from the Barcelona City Council for having won three times in the annual building competition (Casa Emili Juncadella, 1901; buildings for the Provincial Board for the Protection of Children and the Repression of Begging, 1916; and the headquarters of the Caixa de Pensions de Barcelona, ​​1917); It also won the annual competition in 1918 with the Ignasi Coll House and in 1919 with the Lluís Rocamora House, as well as the prize for the best establishment in 1912 (Guillem Llibre Confectionery) and 1913 (Comas Tailor Shop). He was a member of the Royal Catalan Academy of Fine Arts of San Jorge, of the Artistic Circle of San Lucas and of the Excursionist Center of Catalonia, commander of the Order of Alfonso XIII, member of the Board of Museums, etc; He was also a director of the Caja de Ahorros de Barcelona since 1913.
Occasionally he also devoted himself to politics, being a provincial deputy on two occasions (1903-1907 and 1924-1929), representing a Catholic group allied to the Regionalist League, the Social Defense Committee. He had a close relationship with the Church, being appointed diocesan architect of Barcelona in replacement of Villar y Lozano (1892-1931), architect of the Monastery of Montserrat (1903-1915) and of the Cathedral of Barcelona (1927-1931). Perhaps for this reason, in 1923 Pope Pius XI granted him the pontifical title of Marquis de Sagnier, and in 1928 he received the honorary title of swashbuckling waiter from the Pope. On his noble shield he printed the following legend: Dilexi decorem domus tuae ("Lord, I loved the beauty of your House"). He died in Barcelona in 1931.
Enric Sagnier has dedicated gardens in Barcelona that bear his name, located in the Sarriá-San Gervasio district, which were inaugurated in 2012. 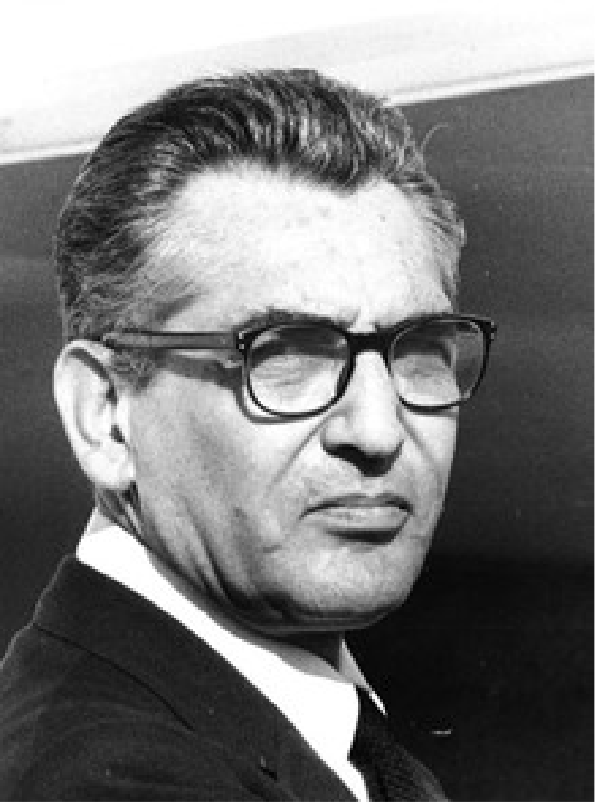 He studied at the Barcelona School of Architecture, where he had Josep Maria Jujol as a teacher. He began working in Madrid with Pedro Muguruza and later with Secundino Zuazo. Recently graduated, he was appointed municipal architect of Sitges, a town for which he projects the Civil Guard barracks and some private houses such as the Terrés-Camaló house (1941). Two years after finishing his studies, Coderch established his architecture office in Barcelona together with Manuel Valls. In the following years he projected numerous buildings, some of which were already representative of his work as a whole, such as the Ugalde House, and the Housing Building on Johann Sebastian Bach Street in Barcelona. He received several architecture and design awards and Josep Lluís Sert proposed him as a representative member of Spain at CIAM, the International Congress of Modern Architects. One of his most significant works was the DISA or Coderch lamp, which has been repeatedly awarded. This reflects his way of working, he constantly thought about how to improve his projects despite being in use and how to make better use of the materials used.3
His Spanish Pavilion for the IX Milan Triennial obtained great critical success.
In 1965 Coderch began his activity as a professor at the Barcelona School of Architecture.
He was a member of Team 10 participating in discussions with Peter Smithson, Alison Smithson, Aldo Van Eyck and others.
Renowned architects and critics in the field of architecture such as Ricardo Bofill and Vittorio Gregotti, consider him, above all, the true protagonist of the renaissance of Spanish architecture in the post-war era.

Tots two graduates of the Higher Technical School of Architecture of Barcelona in 1953 and associates between 1954 and 1992. Enthusiastic about the new technologies and followers of the high-tech style, they will denote the influence of Ludwig Mies van der Rohe, Richard Neutra i Craig Ellwood. They will be authors of various buildings for the Catalan Bank in Barcelona: the one on Passeig de Gràcia 84 (1965-1968) stands out for its seva façana, planned with alternation of prefabricated modules and glass plafons; that of l'avinguda Diagonal 662 (1974-1975), current seu of the group Planeta, is a set of three octagon towers cuttings of vegetation; and the one on carrer Balmes 236 (1975) is currently a department of the Generalitat de Catalunya.
Other joint works are: l'edifici Mandri (c / Pau Claris 180 cantonada Provença 277, 1955-1959); the Ballvé House (Pedralbes, 1961); the Dallant Factory (Sant Feliu de Llobregat, 1963); the Kas Factory (Vitòria, 1965); the office building of the Banc Industrial de Bilbao (avinguda Diagonal 468, 1969-1973); the Banc Pastor (Barcelona, ​​1982) and the reform of the Estació de el Nord de Barcelona (1990-1992). They will also carry out two English: that of Santa Magdalena in Viladecans (1972) and that of Mare de Déu de la Salut in Barcelona (1973). They will also carry out the interior decoration of the Col·legi d'Arquitectes de Catalunya i Balears, in Plaça Nova de Barcelona, ​​at the costat d'altres equips d'arquitectes (1958-1962).
Tous is going to be the author of the book L'arquitectura i la vida: sobre Gaudí I ALTRES Escrits (2015).

Fargas will be councilor of the Barcelona City Council (1987-1991). In 1996 he entered the Royal Academy of Catalonia of Fine Arts of Sant Jordi. In addition, in 1994, he founded the studio Fargas i Associats with their own fills, Josep Maria Fargas i Texidó and Frederic Fargas i Texidó.